Get to Know your OSAT Guides! 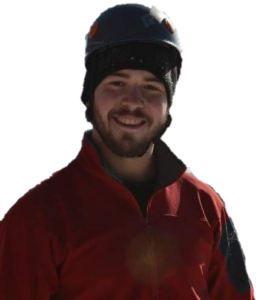 “What really makes me excited about climbing in Thunder Bay is the vastness of the landscape, combined with the intimate climbing community allows for a proximity to the local climbing history that I find makes the experience that much richer. Climbing here is a unique experience and I am looking forward to the opportunity of being able to share it with more people through Outdoor Skills And Thrills.”

Born in Toronto and raised in Mexico, Josh has a wide range of different influences on his life. He did not start climbing until he attended Lakehead University for Outdoor Recreation Parks and Tourism in 2011. But his love for the outdoors began much earlier. In 2004 he went on his canoe expedition where he began todevelop his love for the outdoors and the early stages of his leadership skills. As he grew older, every year he would go on a more challenging trip. In the last 15 years he has become a Lead Guide and lead groups down very challenging rivers and across James Bay multiple times.

His passion for climbing began in Thunder Bay, and has taken across the world, From Thailand and Vietnam, to Mexico. Despite having visited so many destinations Thunder Bay still holds up as his favorite climbing destination.

Since he spends his summers working in Temagami, Josh only gets the shoulders of the rock season, but as a result gets the entirety of the ice season to enjoy.

The Leadership & Risk Management skills he acquired while canoe tripping combined with his love for climbing and learning and teaching makes him a great climbing partner and guide. 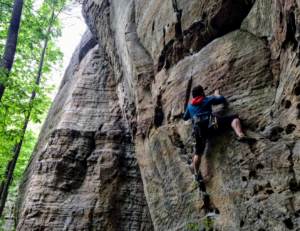